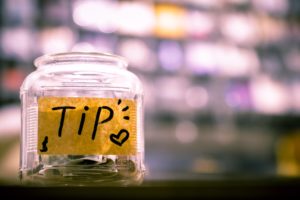 Here’s the next in my series of bite-size Quick Tips. Click on the Quick Tips tag for my other Quick Tips. Because I tend to write longer posts, I wanted to provide a quick-to-read (and quick-to-write) high-impact post every couple of weeks. This one has worked well for me and is worth consideration.

As I mentioned in my first Quick Tip, I start my file names with the year of the document (click on the link to see the rest of the file-naming protocol). I’ve been doing this from the beginning–I’m sure at someone else’s advice. It has proven to be so beneficial. Here’s why:

I’ve never been tempted to stray from this practice and I frequently think about how much I appreciate it. Like everything else, this is something that works for me and may not necessarily work for the way you think. But when I feel passionate about something–particularly if it has to do with organizing–I like to share!

Censuses are such a great friend to genealogists. They’ve been digitized and indexed. From 1850 forward they supply household members’ names. And every ten years you get a new batch to work with.

There are lots of reasons to take what’s mentioned in a census with a grain of salt, like the competence of the enumerator or the knowledge of the informant.

But one of the big challenges with census research is handwriting. It’s not just that handwriting has changed through time, so older writing looks unfamiliar.  Often the enumerator seems to have lousy handwriting. (Isn’t it wonderful when you come across a census whose enumerator had perfect penmanship?)  He/she was probably tired after a hard day of knocking on doors. So it’s important to remember when dealing with censuses that a name may not be what it looks like.

This week I’ve been doing tiny projects for my organizing blog and today when I was cleaning out my under-the-desk file cart, I came across a piece a paper I’d created some years ago with census entries for one of my collateral relatives, Henrietta Adams Timmons, daughter of George Washington Adams (1845-1938), whom I write about a lot here. She was living with her father, George, stepmother Della and son, Louis Quincy, in the 1910 census. In the 1920 census was living with her husband, Magellan Timmons, and children Louis, Clayetta and George.

Check out these images from the 1910 and 1920 censuses, respectively. I wrote the names of the people next to the census image. 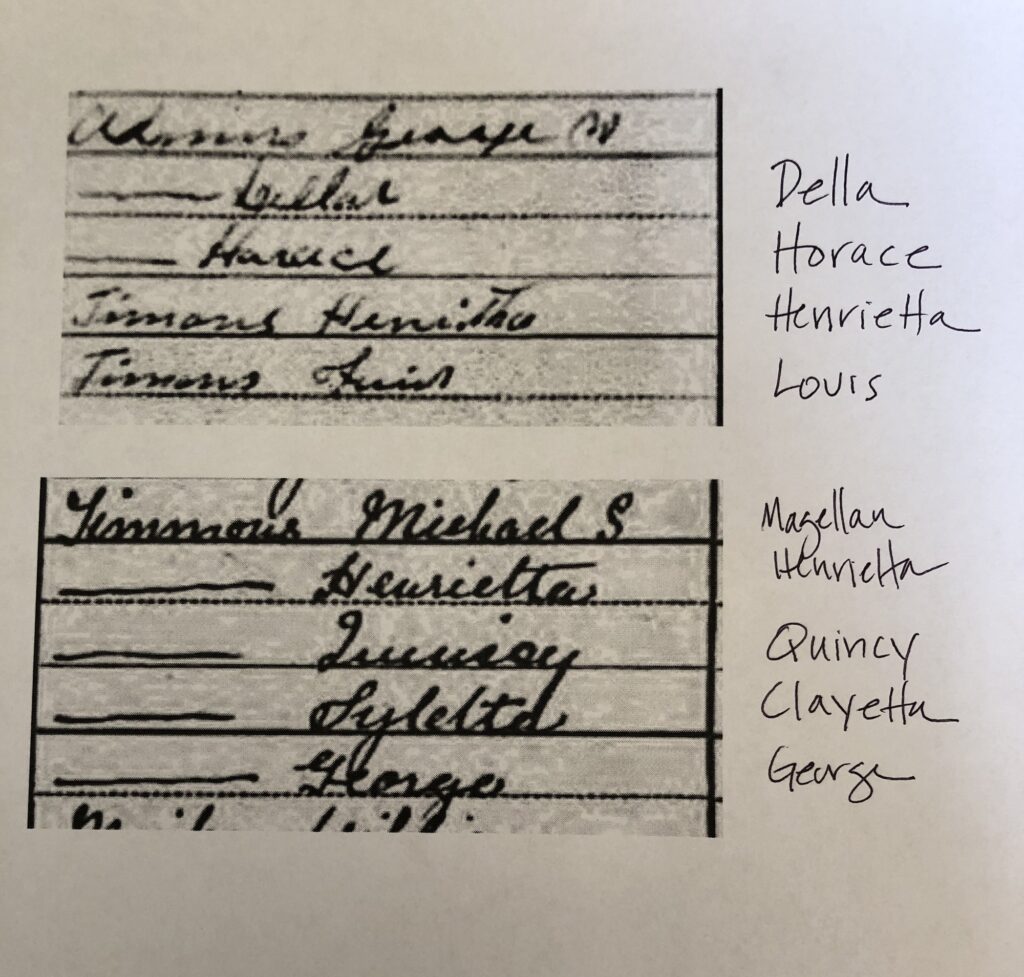 You can see that Louis’ name is practically indecipherable (and he appears to be called Quincy in 1920, though that’s hardly legible); Magellan has become Michael and Clayetta looks like Sylelta (maybe)? It’s no surprise that Della was indexed Lellar.

The worst part about the bad handwriting of the 1910 census is that the enumerator was George Washington Adams himself!

Of course poor handwriting makes indexing really difficult. Sometimes that means you have to browse, rather than search for your people. I guess my takeaway is that I come across conflicting or confusing names for someone in my family tree, I need to consider whether handwriting might be the culprit. 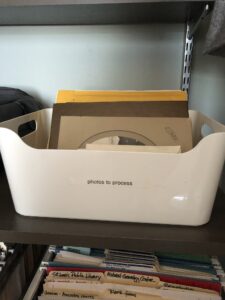 Over on my organizing blog, I’m doing a Tiny Projects challenge, in which each day this week I am accomplishing one tiny organizing project in my home and blogging about it. Today, I tackled the reach-in closet in my office. (You can read about it and see the before and after pictures here.) That closet holds mostly genealogy stuff.

Since I don’t print or download genealogy documents, I don’t have a lot of paper genealogy clutter. But when I spent a half hour creating order in that closet I realized that I have some genealogy-related projects lurking in there that weren’t even on my radar.

I discovered that I had a bunch of photos of ancestors–I didn’t look at them carefully but they look to be 50-100 years old or more. I’m sure they were passed along to me by a relative and my intention is to scan and file them in my genealogy filing system. They were scattered on the surface of the main shelf in the closet. That closet is equipped with an Elfa system (I blogged about that back in the day when I installed it). There is one larger shelf that could serve as a desk. So while I was tidying and organizing, I gathered up the photos and put them in a container that I labeled “photos to process” and placed it on the main shelf so it can’t hide from me.

I also have a container full of genealogy journals to read. I added to it today. It’s really just the two publications that the National Genealogical Society sends to its members, as well as the Missouri genealogical society’s journal. Back in January 2019, I vowed to skim them, but in fact I haven’t.

I feel I need to fish or cut bait here. Either I carve out some time to read them (perhaps during an October 30 x 30 challenge?) or decide I’m not going to read them and then find them a home with someone else.

I rather like the idea of devoting 30 minutes a day for a month (or less if it goes more quickly) to see what I can glean from these publications. But it can’t be this month!

I’m really glad I cleaned out this closet, but I’m a little sad that two big projects emerged (the photos and the journals). I can’t believe I’m complaining about it, though. These are treasures I’m fortunate to possess, not burdens to be dealt with!

If it’s been awhile since you cleaned up your genealogy space, you may have some pleasant surprises hiding in there! 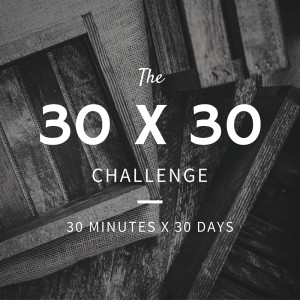 For those of you who are participating in this month’s 30 x 30 challenge (in which we endeavor to do 30 minutes of genealogy research every day for 30 days), how’s it going? It’s almost halfway through the month. Have you found that the challenge is prompting to you to get more research (or organizing) done than you might have otherwise?

I’ve had a great couple of weeks. I’ve researched every day. A couple of those sessions were shorter than 30 minutes. One was about five minutes, just so I wouldn’t break the chain of daily research. This month I’ve been keeping a spreadsheet of my efforts at reducing my backlog and I included a column on how much time I spent. So I can tell you that in 13 days , I have spent 6 hours and 45 minutes researching. (I think it’s very cool that Numbers allows me to enter minutes then totals it up for me in hours.) That’s an average of 31 minutes a day. Woot!

I have been focusing on eliminating my backlog of unprocessed documents, though it’s going more slowly than I might have hoped. I have so far reduced the backlog by 24 documents. I’m finding that the processing is revealing questions and mysteries that are diverting me a little. But I have added only three new documents in the last two weeks! In any case, this slow and steady approach has been enjoyable. And the short, daily sessions is keeping me in touch with my research, which is always a great benefit.

I am confident that I would not have prioritized research if it weren’t for the challenge. I am so grateful to all of you for providing me with accountability.

Your turn: If you’re among the 30 or so folks who signed on to the challenge (or even you didn’t sign on but are participating), please let the rest of us know how it’s going!