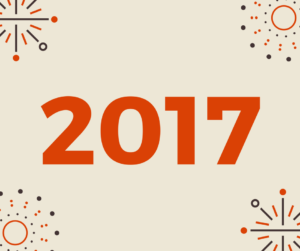 I reviewed those posts this week and was struck by the fact that while I’m pretty good about setting genealogy goals, I’m pretty bad at achieving them.

So this year, I decided to keep it painfully simple. I’m setting only four goals. And I’m narrowing my focus, in a big way.

I know that I do better with fewer options because I’m easily overwhelmed by choices. In 2014 I addressed that by coming up with a plan to focus on one family line per quarter.

In 2017, I’ve decided to take this a step further and focus on a single family line the whole year. 2017 is  going be the year of the Adams family. This feels big to me–simultaneously exciting and weirdly scary. But I feel if I keep my focus on the Adams family (starting by finishing the transcribing and abstracting George Washington Adams’ giant pension file), I will stay more focused and dig deeper. I’m a little concerned it might get boring, but I don’t think so.

You can bet that I’ll let you guys know how it goes.

The four goals I’ve set (in concert with limiting my focus) are:

How about you? Do you set goals for your genealogy research? If so, do you care to share them? 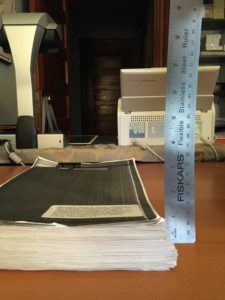 As I plug away at transcribing my 2nd great grandfather’s 137-document pension file, I keep thinking to myself how valuable it is that I’m doing this one small document at a time. When I started, the idea of transcribing this vast file seemed insurmountable. The printed sheaf of papers that I received from the National Archives is nearly an inch tall!

But rather than think about the enormity of transcribing the whole file, I’m just looking at the next document. Then the one after that. I’m trying to work on it at least 30 minutes daily (even after the succcessful end of my latest 30 x 30 challenge two weeks ago, I’ve only missed a couple of days) and slowly but surely I’m getting through it. Today, I transcribed documents 47 and 48. Before long, I’ll be halfway done.

Once or twice I’ve questioned the value of this exercise. But as soon as I do that, I discover something I didn’t notice on first reading, when I wasn’t transcribing. There’s no doubt in my mind that transcribing these pension documents is a valuable use of my time.

So here’s my big takeaway, which of course can be applied to many aspects of my life. When I’m facing a large, seemingly insurmountable project, I can get past overwhelm and eventually complete it if I:

This strategy is working well on the pension file. I can’t wait to get all the way to the end and see what discoveries has in store for me!

A commenter asked for the steps on requesting a Civil War pension file.  Here they are: 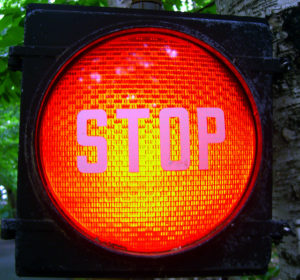 I love attending genealogy conferences and learning about new opportunities to learn more about my ancestors. I sat in on some of the National Archives Virtual Genealogy Fair and learned about new-to-me records I might explore for information on my ancestors. I got really excited about the possibilities. And then I was struck by revelation:

I will benefit more from processing the information I’ve already found than from seeking out new information.

I’m speaking personally, of course. For me, I think one way I can avoid being blindsided by overwhelm in my research is by focusing on the (not-unsubstantial) documents I’ve already found. I want to examine and evaluate them, keeping track of the clues contained in them and taking note of new avenues of research. I’ll keep a list of these next steps and I’ll try very hard not to explore them until I’ve caught up with what I have on hand. If I just keep gathering new documents without taking the time to analyze and benefit from them, I’ll constantly feel behind. That’s not how I want to feel about my genealogy research!

I’ve done a pretty good job of collecting military and pension files for some of my ancestors. I’m going to make processing them a priority. So far, here’s what I have:

In addition to processing those documents, I’d like to continue systematically checking my source documentation.

If I focus on these resources I’ve already gathered through the end of the year, I feel like I can start 2017 with a sense of accomplishment and a fabulous to-do list of things to research. So much of the fun of genealogy research is the thrill of the hunt. But if I take the time to analyze the clues I find, the hunt will be even more thrilling.

Photo by walknboston via Flickr. Used under Creative Commons License. 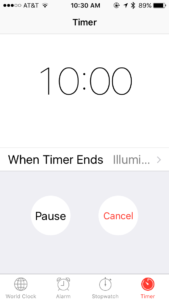 I’ve been trying hard to adhere to my new routine of doing genealogy research first thing in the morning. The trouble is that some mornings are busier than others. When I have an 8:30 client appointment it can be challenging for me to find the time to do research. My genealogy research is important to me, but it’s not urgent.

For the last month, I’ve done at least a little research almost every morning. I’ll set my timer for as little as ten minutes and research for that short amount of time. Since my current project is systematically going through my source documentation–which is actually proving to be really interesting and enjoyable–I know exactly where to start and I know that a little bit of focused time will move me along.

What I’ve discovered in doing this is that the benefit goes beyond furthering my research. Keeping myself engaged in my research on a daily basis makes me more excited to work on it. It also makes me feel more connected to my ancestors and helps me remember names and dates.

For the first half of the year I thought a lot about my genealogy research but I didn’t do a lot of it. Mostly I just felt anxious or guilty about not taking the time to work on it. These days, I’m still thinking a lot about it, but my thoughts are happy and productive. That’s a wonderful shift.

Daily habits are the foundation of an easy life. I’ve said that for years as a professional organizer. Now I’m seeing it come true in my genealogy research. I love it!