I’m a professional organizer and I routinely give time-management advice to my clients who want it. But, as regular readers of this blog know, managing my genealogy research time is a work in progress for me. I struggle with staying focused, knowing what to work on and combating overwhelm.

That changed a little on Saturday. I was fortunate to be in the audience at the Genealogy Society of Southern Illinois’s annual conference. The speaker was D. Joshua Taylor, professional genealogist and truly organized person. Joshua has been doing genealogy research since he was 10 years old and had his first professional clients while he was in high school. He is the president of the Federation of Genealogical Societies and the director of family history for FindMyPast.com. He is paid to do genealogy research for others, but he still works on his own genealogy research on a regular basis.

Joshua gave four talks at the GSSI conference, all of them terrific. He’s clearly a very thorough researcher; I was very impressed with the tenacity that came through in his talks. He leaves no stone unturned in his research.

While all four talks were really valuable, one talk that really blew me away. It was The Modern Genealogist: Timesaving Tips for Every Researcher, in which he outlined how he stays happy and focused while exploring his roots. Here were my big takeaways:

One benefit to working on just a few projects at a time, he said, is that you have a fighting chance of completing them. “I would rather leave behind 3 to 5 completed projects than 50 started, but not completed, projects,” he said. I was impressed that such a young man (I think he’s about 30, if that) thinks about his legacy–that’s probably a byproduct of being a genealogist, isn’t it?

When I got home from the conference, I immediately identified the three projects I’m allowing myself to focus on at this time. It’s been absolutely liberating–I don’t have to try to figure out what to work, which makes it much easier to get started. I will keep you posted how this all plays out, but I’m feeling very good about following Joshua’s excellent advice.

One other mind-blowing revelation at the conference was that Joshua and I are cousins. I’m going to repeat that, because it’s so amazing. Joshua and I are cousins. Our common ancestors are my third great grandparents, Joseph Price (1820-1904) and Mary Puffenbarger (1823-1896). (It’s Mary’s grave that I used aluminum foil to read in my blog post Reading hard-to-read gravestones.) How did I discover that? Like many good genealogy lecturers, Joshua used his own research in examples. In his very first talk of the day, he mentioned Joseph and Mary, much to my excitement. Joseph Price is one of Joshua’s brick walls, so it’s conceivable that I might, at some point, be able to give him a hand. That would be a dream come true! 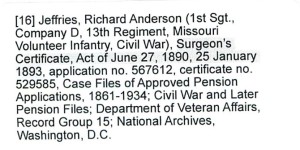 As I mentioned a couple of weeks ago, I received my 3d great grandfather’s Civil War pension files from the National Archives in record time. I’d been prepared to wait 45 to 120 days and it arrived the week after I submitted the request online.

I dug right in and started processing the information. I was so grateful that I had attended the class Anatomy of a Military Pension, presented by Certified Genealogist Julie Miller at the National Genealogical Society’s annual conference that month. She provided step-by-step instructions of what to do with a military pension.

So the day after I received that 65-page pension file, I did what Julie suggested. I put the documents in chronological order and I assigned a number to each. Then I figured out a citation for the overall file and a  citation for each of the numbered documents.

Coming up with a proper citation was a bit of a challenge and I emailed Julie, who was kind enough to share the citation she uses for these files. (She had given us that info in the talk, but I hadn’t written it down.)

Here’s the citation I’m using for the overall pension file for my ggggrandfather, Richard Anderson Jeffries:

278 was the next number in my source list in Reunion, my family tree software. Each of the individual documents is numbered, starting with 1, and has its own citation. My intention is that when I enter a fact into Reunion, I’ll use Source 278, but I’ll include in the detail field which of the 26 individual documents that particular fact came from.

I created citation labels for each of the documents and affixed them to the appropriate pages. (That’s the citation for document 16 above.) Then I scanned the whole document into a pdf. I elected to have one pdf, rather than 26 individual ones–time will tell whether that was a good choice. (Edited to add a year later: Yes! That was a great choice.)

The next step, according to Julie is to transcribe the documents. Yes, I’m going to type word for word exactly what is on the documents. Julie urged us not to skip that step because when we transcribe, we learn things we would not otherwise learn.

After I transcribe, I will abstract the documents, so I can tell at a glance what they are and what info is contained within each. And then I’ll enter the new-found facts into Reunion, my family-tree software.

That’s a lot of work, but I’m delighted to have learned how to be thorough with it. And I know I’ll learn so much about my ancestor.

I am so grateful to have this structure, because just a few days after receiving Richard Anderson Jeffries’s file, I received the pension file for my gggrandfather, George Washington Adams. That file is over 100 pages; I had to request and pay for the rest of the file (another 80 pages) to be copied–I’m still waiting for part two. That same week I received the third and final pension file, for another gggrandfather, Benjamin Franklin Igleheart. All three pension files, probably 250 pages, came within two weeks of my request.

If I did not have the structure Julie provided in that talk to thoroughly process the information, I know I would feel overwhelmed. I would probably skim the documents, pluck out a few easy-to-find facts, and put them away intending to get to them later. And I don’t know when later would be.

I have skimmed the most recently received pension files to get a preview what I’m going to learn. (G.W. Adams had a big dispute about the amount of his pension–an adversary in the Soldier’s Home turned him in for saying he was more disabled than he was!) But I’m not going to analyze them until I’m finished with Richard Anderson Jeffries. So that will be motivation to go through the process.

I think these pension files are going to be a great learning experience not just about my ancestors, but also about doing proper genealogical research. This feels great! 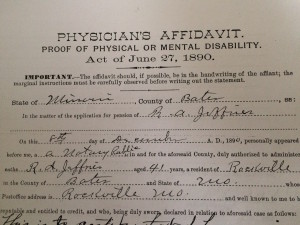 After hearing an excellent talk at the NGS conference on what can be found in Civil War pension records stored at the National Archives, I placed an order for the records of three of my four Civil War veteran ancestors. (The fourth fought for the Confederacy, so his pension records would be with his state.) The fee was $80 per ancestor for the complete file and the application process was fairly straightforward. At the end, I was warned to expect it to take 45 to 120 days before I received any information.

Imagine my surprise (and delight) to receive a thick envelope from the National Archives in Washington D.C. today! It contained the pension records for my great great great grandfather, Richard Anderson Jeffries (1823-1914) who served in the Missouri infantry, Company D, 18th Regiment from 1861 to 1864.

I haven’t had a chance to go through the packet yet, but a glance shows me  that there are multiple applications for pensions as well as physicians’ affidavits.

I’m anxious to pore over it and unravel the story these documents tell. Luckily for me, Certified Genealogist Julie Miller, in her excellent talk, Anatomy of a Military Pension, gave step-by-step instructions on how to properly process the information found in these files. So I have my work cut out for me and I can’t wait!

If you have Civil War ancestors who fought for the Union and you have at least $80 to spend, I encourage you to hop over to the National Archives website (that link takes you directly to the application form starting point). If you have information on your ancestor’s military service (I found mine through Ancestry and Fold3), it’s easy to apply to receive a copy of the pension file. Those files have not been digitized, so the only way to look at them is to go to the National Archives or send away for them like I did. 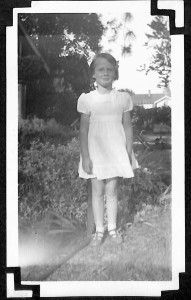 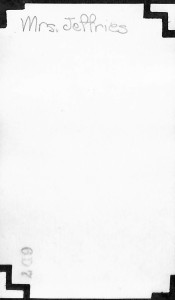